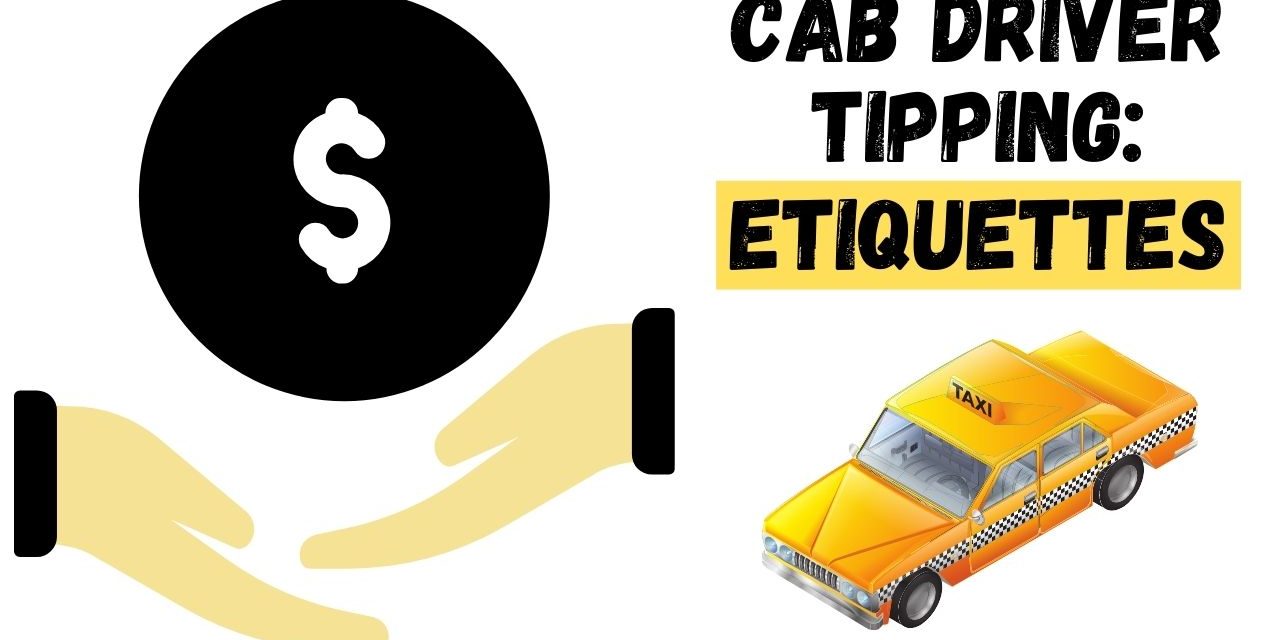 Tipping a car driver/chauffeur is the same as tipping to any other service worker. While drivers of every country or city have different expectations, when it comes to tipping — some parts of the globe take it as a kind gesture while in some areas passengers find it annoying to give a tip because car fares of those areas are relatively higher than other parts of the world.

Tipping car drivers vary from country to country or even from places to places. A friendly, chatty and sincere cabbie driver can enhance every minute of your ride, while a serious grumpy car driver with pathetic driving skills, will make you never go for a limo and car service again. While tipping is a gesture to show the driver what you thought of his service.

Approximately the tip should be between 10% to 20% of the total fare of your trip. Plus, there is no need to be stingy in giving a few extra bucks to your car driver because most of them work for companies, are the sole breadwinners of their families, and are paid a little percentage of the ride fare. Therefore, your tips are all the additional bonuses they can make to earn a good living.

When To Give A Tip?

The question that rises in every passenger’s mind ‘whether the car driver deserves a tip or not?’ First of all if the driver behaves nice with you, opens the car door for you, helps you with your luggage, instead of getting you bored he entertains you — then assure yourself that it’s appropriate to tip him because he deserves it and YES… by giving some extra bucks you have definitely done a great job.

How Much To Tip?

If you know that the car driver deserves a tip and you decide to give him, then make sure to tip him between 10% to 20% of the total fare. Plus, if your fare is less than $10, then try to leave a full dollar instead of calculating 10 percent of $10… don’t go too low please!

Try to be generous whenever you are tipping, for example instead of giving $9.50 try to round it off to $10 and make it easier for both parties. Moreover, if your car fare cost $45, then no need to fumble around the street for spare change, because not every cab driver owns a change in their hand. Instead of asking people for change, just round to $50 and hand it over to a car driver and call it a day.

What Tip Size Should Be Given to Reflect Ride Quality?

As a customer it’s vital to know how to gauge ride quality and tip accordingly. Try to give a tip according to the car driver service, means don’t pay a high percentage tip to a poor car and limo service in NYC and vice versa. For a poor ride, we recommend $5, for standard car rides jump up to $10-$15 and $20-$25 to the car driver who remains very nice with you along the trip. Taxi drivers who know the etiquettes, such as assisting you with your luggage, open the car doors for you, and treating you in a VIP manner – surely deserve a good treat!

Important Note: Don’t tip drivers who are rude, disrespectful or give you an awful ride. By giving them extra bucks, you will be encouraging them to provide future rides with the same rude temperament.